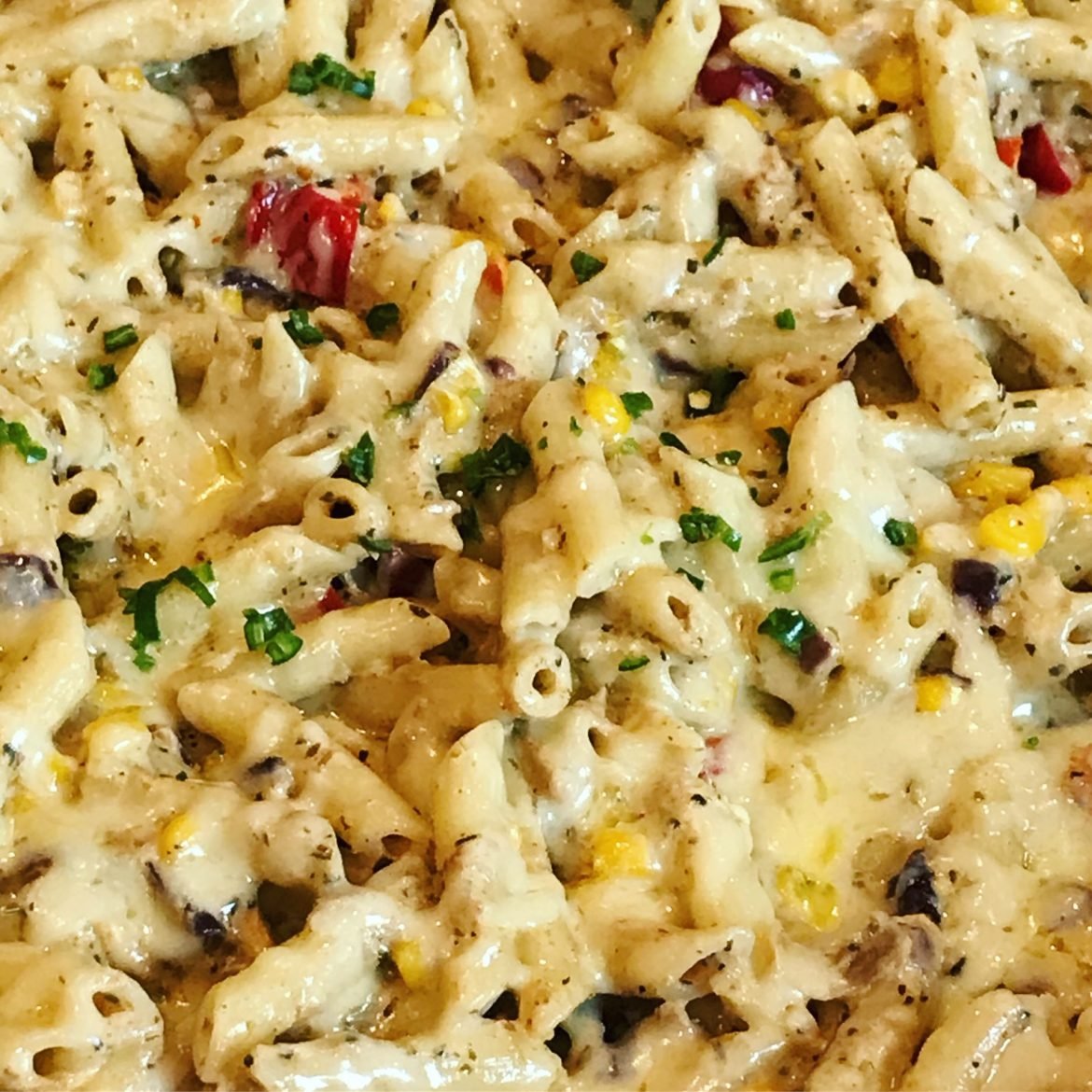 When you’re running low on time or low on viable ingredients then tuna pasta is a win, win! I mean who doesn’t have a tin of tuna hanging about the back of the cupboard, right? Pasta is always a winner with kids too so thats a double whammy. Quick, easy and liked by all….look no further.

If you have any comments, I’d love to hear them!

I'm all for simple and I love this pasta dish, but since I try to steer clear of wheat, I use a wheat free pasta and cook it until it's just al dente so it retains a good texture in the sauce. To top it off, I like to sprinkle finely chopped green chillies over the top once it comes out of the oven.....we like all things hell fire in this house, including pasta 😉

Hi, I'm Sobia. Lover of all things food. Home cook. Eating clean and not so clean, that's how I roll! 😘